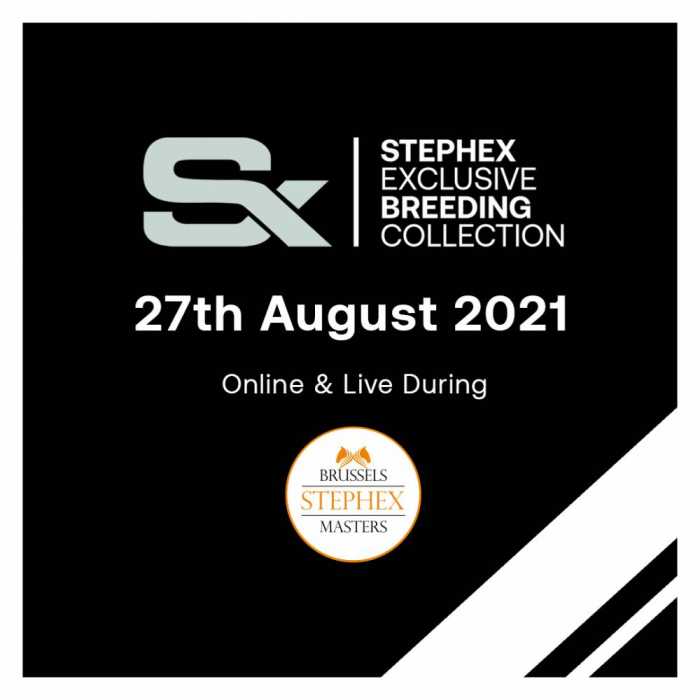 The Stephex Exclusive Breeding Collection is back with a live and online auction on the 27th August during the Brussels Stephex Masters 🔴 We have an incredible selection of foals on offer, all out of top sport mares combined with the best stallions.

To name just a few of the foals:

⚫ A stunning colt by Tobago Z, out of Erenice Horta (Diamant de Semilly). Erenice successfully competed at 5* level and she is of course known as the the mother of many great horses, including Irenice Horta.

⚫ A filly by the legendary Chacco-Blue, out of Espyrante (Obourg). The dam has had countless successes at 5* level under Daniel Deusser, winning for example the CSI5* Grand Prix in Bordeaux.

⚫ Another filly by Tobago Z, out of Maya-S (Chacco-Blue). Maya is starting to make a name for herself as a new star of the Stephex stable under Michael Hughes.

⚫ An amazing filly by the young, and highly promising, stallion Oak Grove’s Heartthrob, out of Pironella (Non Stop). Another dam who competed successfully up to 5* level.

⚫ And many more incredible foals!

🔜 The full collection will be announced shortly, so stay tuned!